Pirtek Racing bows out as runner-up after dramatic season finale 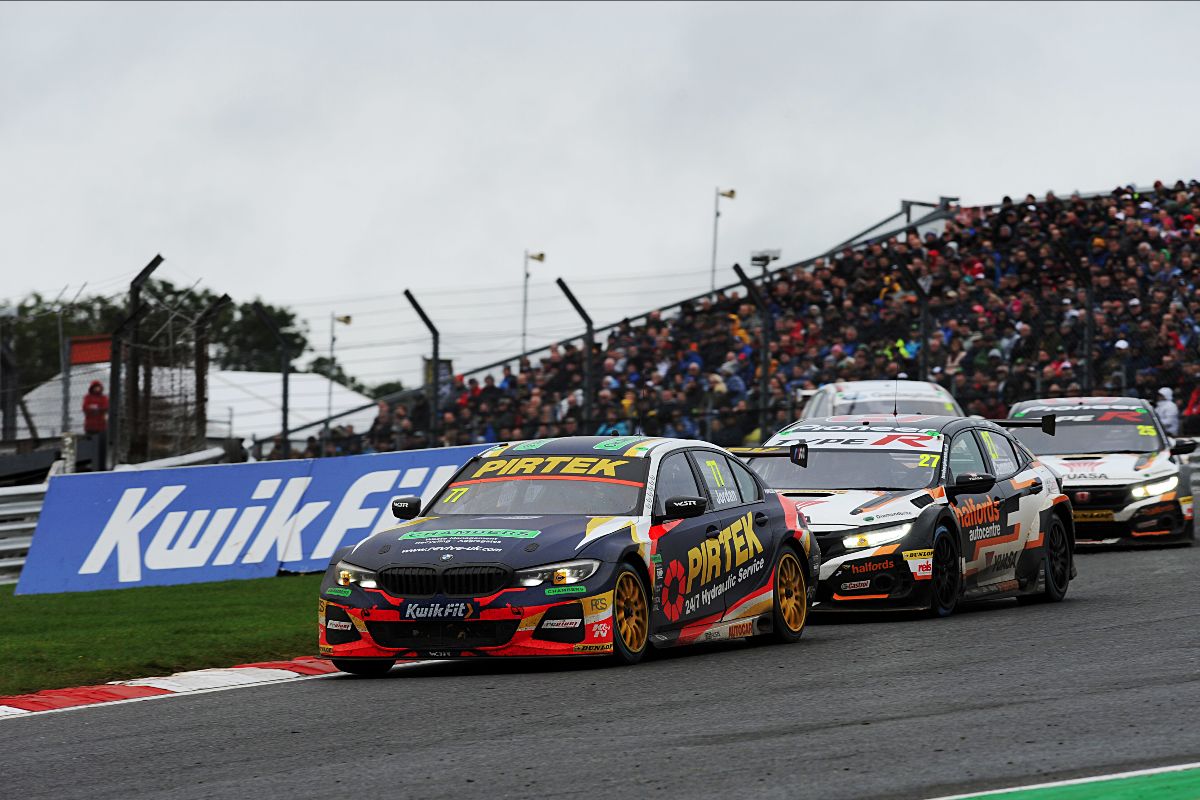 Andrew went into the weekend sitting third in the championship standings, and needed to try and overturn a 17 point deficit to fellow BMW driver Colin Turkington to secure the crown on what was his final weekend under the Pirtek Racing banner.

Qualifying would be a challenging affair thanks to wet weather conditions, with Andrew securing third place on the grid despite a trip off into the gravel that resulted in his session being brought to an early end.

With rain in the air ahead of race one, Andrew held position through the opening lap before losing out to Rory Butcher and Jake Hill on lap two, leaving him running fifth before the race went behind the safety car.

The rain would then start to fall, making conditions particularly treacherous for the rear-wheel drive cars as the action resumed on lap ten. Continuing to run in fifth until the final lap, Andrew would ultimately end up in eighth after losing three spots to drivers who had gambled on a switch to wet tyres during the safety car period.

Having made up two spots at the start of the second race, which was once again held in wet conditions, Andrew was aware of the need to try and fight his way forwards, with team-mate Colin Turkington running outside the points after an incident on lap one.

After an early safety car period, Andrew was quickly making up places, and had got himself into third behind Dan Cammish – the other title contender – when the safety car was deployed a second time.

Battling ahead of Cammish after the restart, Andrew secured second place to go into the season finale 13 points away from the championship lead.

With the reverse grid draw leaving him ninth on the grid for race three, Andrew had no option but to attack on what was now a dry track, and kept himself ahead of Cammish on the opening lap.

A series of committed moves allowed him to fight his way forwards into the top four and although Cammish would retire two laps from home after a brake issue, a sixth place finish for Turkington meant Andrew missed out on the title by just two points.

Instead, he ended the season as runner-up ahead of Cammish by virtue of a superior win record, having won more races than anyone else over the course of the season.

“It’s hard to find the words to express how I really feel,” he said. “Coming into the weekend, I knew it was going to be a challenge to try and overturn the gap in the points but I also knew that anything could happen in the races and that was how it panned out.

“After the second race, I had no option but to push as hard as I could in race three and I don’t think I could have done anything else. I gave it everything I had and we came so close, but ultimately it wasn’t quite enough.

“I’m proud of the way I’ve performed this season and to have been in contention for the title having missed two races at Donington Park shows how strong I’ve been. I feel I’ve gelled well with the 330i M Sport this year and the team has done a fantastic job with a new car, and I’m pleased to have helped them to win the Manufacturers’ title again.

“Of course it would have been great to end my time with Pirtek Racing with the championship title but I’ll forever be thankful for their support through the years. We have enjoyed so much success together on track and have created memories that will live with me forever.”