Wigan racer Tony Lynch enjoyed the perfect end to his maiden campaign in the opb Motorsport Retro Rallycross Championship with a dominant class win in the season finale at Croft. 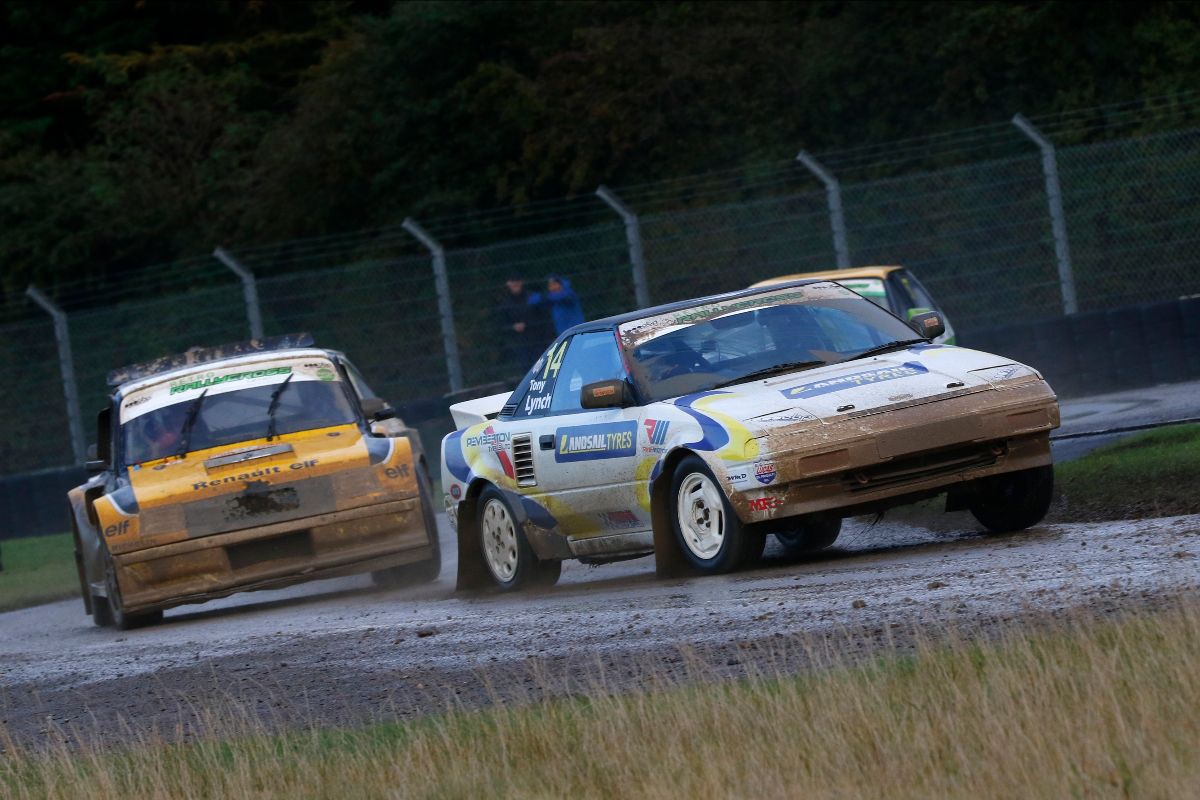 The Landsail Tyres Team Geriatric driver made the trip across the Pennines to North Yorkshire looking to build on a fine performance in the previous event at Pembrey, where his upgraded Toyota MR2 had taken victory for the first time.

With heavy rain in the run-up to the event expected to provide an additional challenge for the weekend, Tony and the team elected to make a switch to the Landsail Winter Lander Tyre for the Croft meeting and the decision proved to be an inspired one when the on-track action kicked off.

Making the most of the additional grip from the winter tyre, Tony romped to victory in the first qualifying heat, lapping six seconds faster than the quickest Super Retro class car and finishing up more than half a minute clear of his nearest Retro class rival.

Tony would then follow that up with two further Retro class wins in the remaining two heats and would set the fastest lap of any of the Retro cars in the final heat to take pole position for the all important final.

Whilst the Super Retro BMW of Gary Simpson would secure overall honours, a strong weekend for Tony ended with him taking second overall and first in the Retro class, with his final lap of the weekend being the fastest that any of the Retro cars had managed throughout the meeting.

It meant that Tony ended the campaign with back-to-back victories, with further work now planned on the Toyota over the course of the winter with a focus on challenging for title honours in 2020.

“As was the case heading to Pembrey, we didn’t want to get too carried away about our chances at Croft so to come away with another Retro class win is a fantastic way to end the year,” he said.

“Ahead of the weekend, we’d looked at conditions that we were likely to face and made the decision to switch to the Landsail winter tyre and it proved to be an inspired call.

“To go out and lap six seconds quicker than a faster Super Retro car in the first heat and to set the fastest Retro lap of the weekend says it all about how well the tyre performed in the conditions, and there is no doubt that it played a key part in us taking the class win.

“Huge credit as always has to go to my team as the car was faultless all weekend. This year has been a huge challenge and the work they have done to upgrade and improve the Toyota has been first class. We have ended the year with a totally different car to the one we had at the start and have shown how good the MR2 can be.

“I also have to thank those people who have supported us in our new venture this year, not least Landsail Tyres as without them stepping in to become title sponsor for the last few rounds, we might not have been able to show the potential of the upgraded car. Our existing long-term sponsors have also been fantastic once again and if it wasn’t for their support, we wouldn’t have been able to go racing again this season.

“We’ll now take some time to get everything in place for 2020 but I’m confident that we’ve put the foundations in place for a strong campaign next year.”