JamSport can today confirm that former champion Ant Whorton-Eales will make a return to the MINI Challenge for the 2020 season. 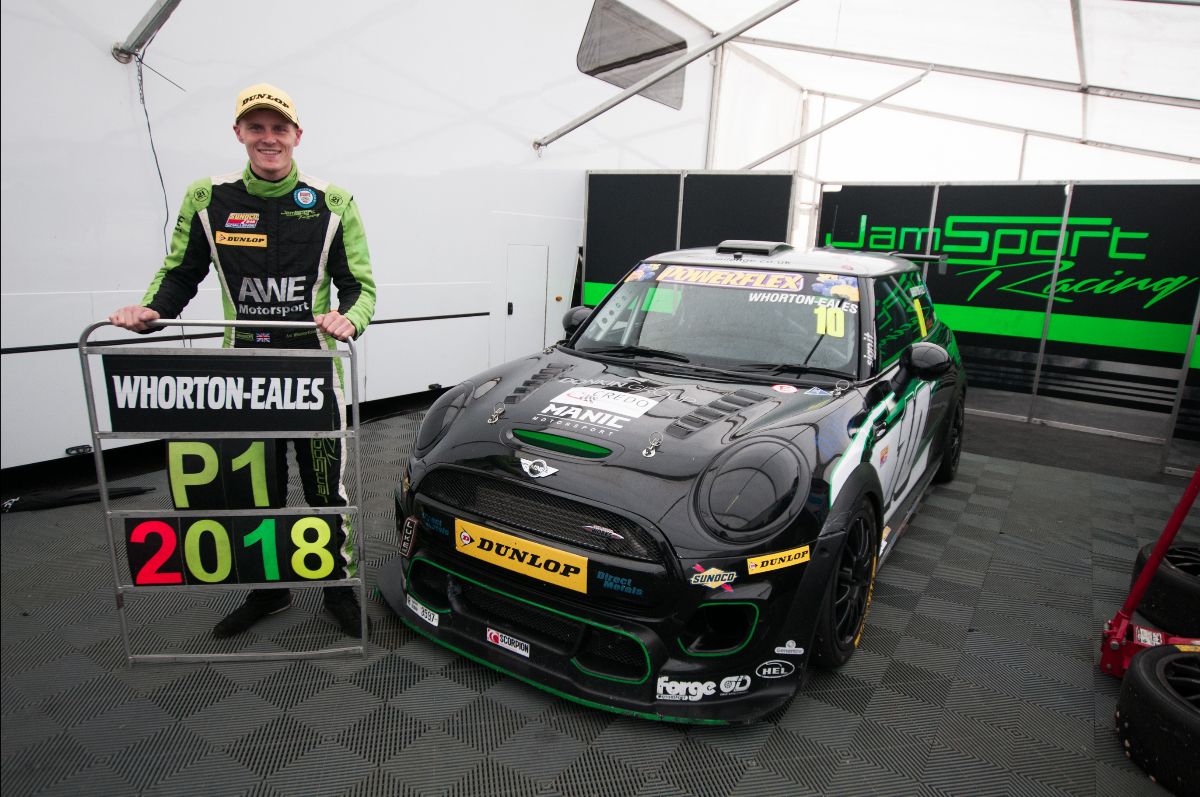 The 25-year-old from Lichfield in Staffordshire has worked with the Northamptonshire-based team since 2016, and will return to full-time competition next season as part of JamSport’s multi-car entry into the series.

Ant first raced in the MINI Challenge back in 2011, winning the Cooper Class before taking the step up into the Renault Clio Cup UK.

After a successful five-year spell in the series ended with him securing the 2016 title with JamSport, Ant graduated into the highly British Touring Car Championship for the 2017 campaign, where he secured a best finish of sixth in an Audi S3 with the AmD Tuning team.

Rejoining JamSport as the team moved into the MINI Challenge for the first time in 2018, Ant then stormed to the championship title in dominant fashion; taking no fewer than ten race wins and only finishing off the podium twice all season.

Having spent the 2019 season running a part campaign in Euro NASCAR, and working as part of JamSport’s engineering team, Ant will spearhead the team’s assault on what is set to be the biggest season to date for the MINI Challenge, which becomes part of the British Touring Car Championship support package for the first time.

Success on track is the primary goal for both driver and team in 2020, with a focus on not only fighting for the championship title, but on raising profile and building relationships with new commercial partners ahead of a potential step up to the BTCC for the 2021 season.

The new MINI Challenge season will get underway at Donington Park in late March, with the headline JCW class racing at eight of the ten BTCC meetings.

Ant Whorton-Eales, JamSport driver, said:
“Continuing to work with JamSport as a driver mentor and being part of the engineering team last year was great, but I’m a racer and the opportunity to get back behind the wheel full-time in 2020 is something I wasn’t going to turn down.

“The fact that the MINI Challenge is now part of the BTCC support package makes a return particularly appealing, because it is no secret that touring cars is where I want to be again in the future. This is the ideal way for both the team and I to show what we are capable of.

“The long-term plans that JamSport have are hugely exciting, and being back on the BTCC package with the MINI Challenge is the next phase of those plans. The only goal is to reclaim the championship that we won together in 2018, and whilst I’m happy for someone else to have it on loan for a year, I’m determined to take it back!”

Jamie Going, JamSport team principal, said:
“From the moment we started working with Ant, we have been a successful partnership and it is fantastic that he will be part of the driver line-up as we return to the BTCC package next season.

“There is no doubt that there will be a lot more interest in the MINI Challenge next year and that the profile of the series is going to be raised, so to have a driver of Ant’s calibre and experience back behind the wheel is hugely important for us.

“Not only is he someone who we know will be a contender for the title, he is also someone who will help to push on and develop the other drivers in our line-up.

“We want to be racing in the BTCC in the future and are actively working towards making the step up to touring cars with Ant. We bring the best out of each other and I’m confident that we can enjoy a strong 2020 season together to take us a step closer to our goal.”