Richardson Racing can today confirm the exciting news that it will move into the Porsche Carrera Cup Great Britain for the 2020 season with rising star Will Martin. 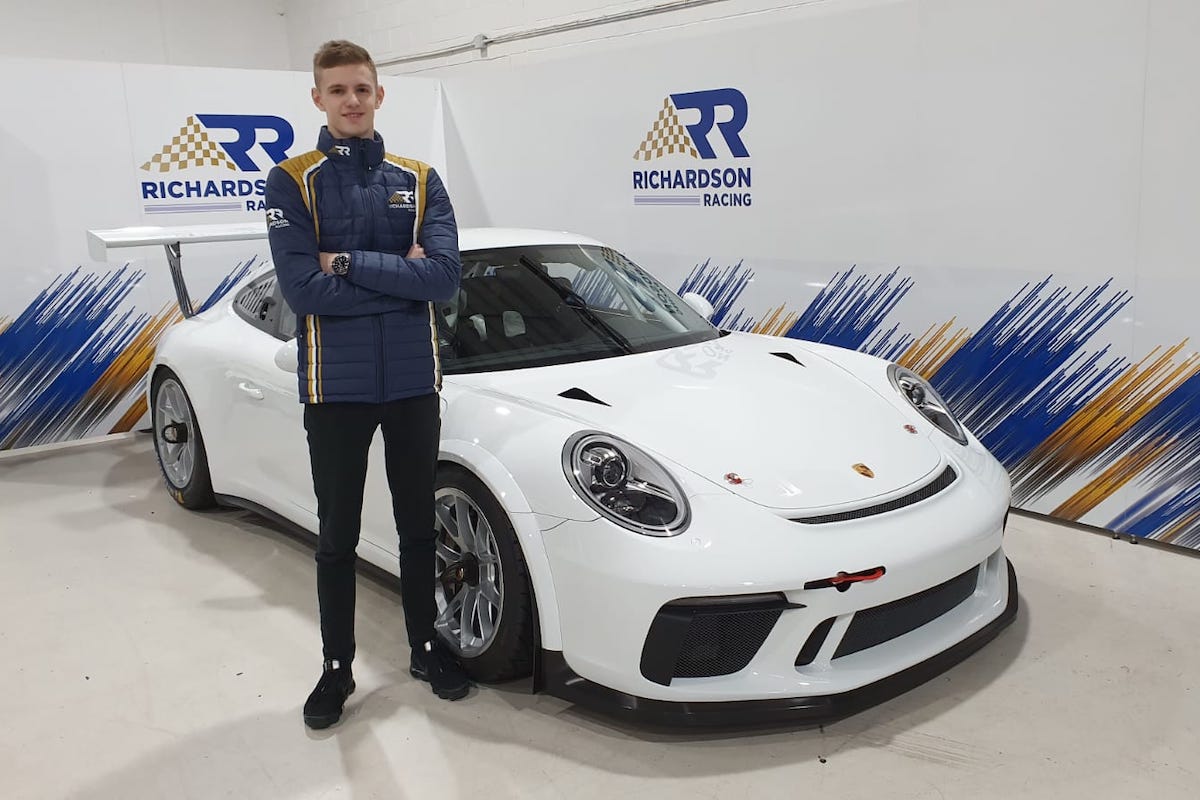 The decision to enter the fastest one-make championship in the UK will the latest phase in the ongoing expansion of the Corby-based team, as it continues to work towards the end goal of competing in the famous Le Mans 24 Hours.

Firmly established as one of the leading teams on the British motorsport scene, Richardson Racing has enjoyed years of success in a range of different series’, having originally been formed to compete in karting.

The move into car racing saw the team initially race in the Ginetta Challenge, where it immediately established itself as a contender for race wins.

Since then, Richardson Racing has gone on to win races in the highly-competitive Ginetta Junior Championship and in British F4, whilst it has also secured both the Teams’ Championship and the G50 Class crown in the Ginetta GT Supercup.

Now operating from a specialist 6000sq foot workshop which houses not only the race team, but a state-of-the-art simulator and office space, Richardson Racing will embark on its most ambitious programme to date in the new year.

The entry into the Carrera Cup GB will come alongside a continued presence in Ginetta Juniors, Ginetta GT5 Challenge and British F4, with the team hoping to chase silverware on four fronts over the course of a busy 2020 campaign.

Talented teenager Will – from Battle near Hastings – is the first driver confirmed with the team for the new Porsche programme as he heads into his second full season in Richardson Racing colours, having first raced for the team in the latter part of 2018.

The 16-year-old makes the move up to the Carrera Cup having headed the team’s assault on the 2019 Ginetta Junior Championship, where he secured a unrivalled tally of nine race wins en-route to third place in the standings.

That gave Will an impressive win percentage of nearly 35%, with the team as a whole securing victory in more than 42% of the 26 races held during the year.

The Porsche Carrera Cup GB will be entering its 18th season of competition in 2020, and will see a packed field of drivers do battle in identical Type 991 Porsche 911 GT3 Cup cars.

The 2020 season will see Will and Richardson Racing contest 16 races spread across eight rounds, all of which will be alongside the British Touring Car Championship.

The opening rounds take place at Donington Park on the weekend of 28-29 March.

Gwyn Richardson, team principal, said:
“We’re absolutely delighted to confirm that we will be moving into the Porsche Carrera Cup GB for 2020, and particularly that we are doing so with Will as part of the driver line-up. Since joining us for the final few rounds of the 2018 season, he has improved a huge amount and over the course of 2019, really established himself as one of the young drivers to watch in British motorsport.

“To keep him onboard for the next stage of our continued growth is fantastic, and I have no doubt that as the 2020 season goes on, he can make an impression on the Carrera Cup.

“We know that the Porsche programme is going to provide us with a new challenge, but it is one that we are ready to embrace during the year ahead. We have worked hard in recent years to put together a team that has the skills and expertise to fight at the front of the grid, and are confident that we will be able to build on the success we have enjoyed so far in this new venture.”

Will Martin said:
“As a young driver who wants to race in the Le Mans 24 Hours in the future, the Porsche Carrera Cup GB is the logical next step for me to take in my career, as Porsche has a history of helping to support and develop young drivers towards that goal.

“The fact that I can make this move alongside Richardson Racing is fantastic, as we have developed a strong working relationship across the past 18 months or so. They have helped me to improve as a driver, and were key to the success I enjoyed during 2019. Although it is a big step into the Carrera Cup and we’ll have a lot to learn, I’m confident that we can all work together to improve even more and make our mark on the series.

“Driving the Porsche for the first time was an unbelievable experience and I’m looking forward to getting back behind the wheel for pre-season testing. That will be important to get us up to speed ahead of the opening rounds, but I’m going to take things one step at a time and not put too much pressure on myself going into 2020.”