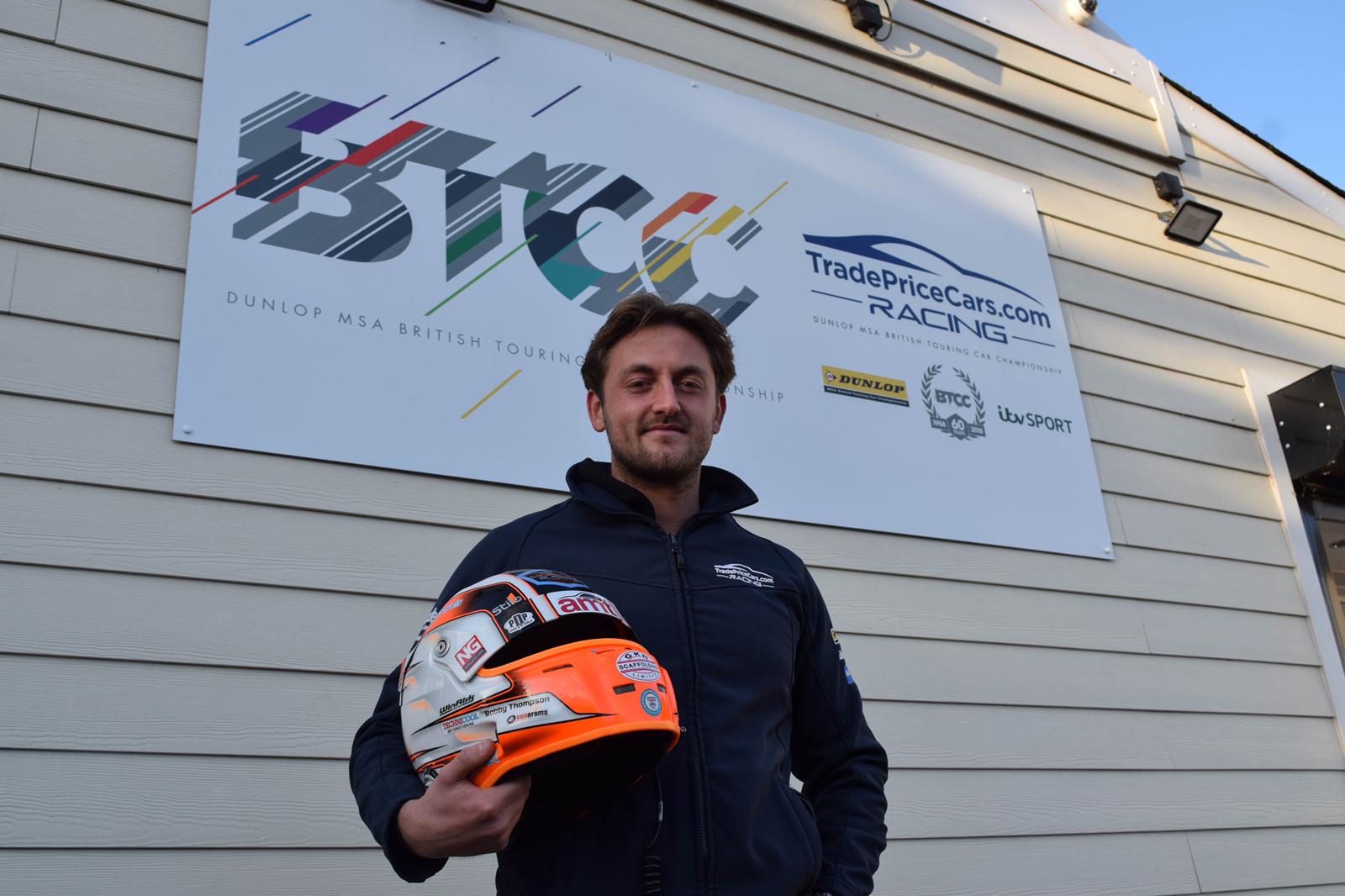 The 23-year-old from Hornchurch is the first driver confirmed with the team for what will be its second season in Britain’s premier racing series, with the second part of a new and exciting driver line-up to be announced in due course.

Trade Price Cars Racing will once again field a pair of Audi S3s next year on the back of a stunning 2019 season that included a fine win at Knockhill, and ended with the team sitting fourth in the Independent Teams’ Championship.

As with many young drivers, new signing Bobby started his career in karting before taking the step into car racing, initially in the Ford Fiesta Championship before two meetings in British Formula Ford in 2014, where he picked up six top ten finishes in six starts.

With a long term ambition to try and make it into touring cars, Bobby reverted back to tin tops for 2015 with an entry into the Volkswagen Racing Cup, securing his maiden win at Snetterton en-route to tenth in the championship standings.

Improving to fifth place overall twelve months later, Bobby then became the man to beat in the highly-competitive series in 2017 as he stormed to the championship title in impressive fashion, taking six wins and only failing to make the podium four times all season.

That opened the door for a dream move into the BTCC and in two seasons in the series to date, Bobby has shown his pace with a number of top ten finishes at the wheel of a VW CC; his best result being sixth during the 2019 season opener at Brands Hatch.

Now at the wheel of the Trade Price Cars Racing Audi – arguably one of the most improved cars on the grid in 2019 – Bobby will hope to regularly challenge for top ten finishes, with his ultimate goal being to fight for a first podium and to launch a bid for the Jack Sears Trophy – which is open to drivers who have yet to secure a top three finish in the series.

Following a planned pre-season testing programme, Bobby will make his Trade Price Cars Racing debut when the 2020 campaign kicks off at Donington Park on the weekend of 28/29 March.

Bobby Thompson said:
“It’s great to have signed a deal with Trade Price Cars Racing and I’m really looking forward to the new season. As a new team, they had a fantastic year with plenty of success on track, and my goal is to help them build on that in 2020 and fight for more trophies.

“I’ve been able to learn a lot during the two seasons that I’ve spent in the BTCC so far, and I think I’ve shown I have the pace to run inside the top ten. The goal now is to do that on a regular basis and I think it’s something that we can do with ease based on how the car performed this year with Jake [Hill].

“If I can get onto the podium during the season then it would be fantastic, and the Jack Sears Trophy has to be my aim for the year as a whole. I was third in the standings this year, and I’m confident that I can build on that and fight for the title.”

Dan Kirby, Trade Price Cars Racing team owner, said:
“We’re delighted to confirm Bobby as our first driver for the 2020 season. When we announced that we were going to join the BTCC grid twelve months ago, he was a driver who we tried to get onboard, and although it was close, we weren’t quite able to get the deal done.

“He is someone who we have kept a close eye on throughout the year and it’s fantastic that we’ve now been able to get a deal sorted to bring him onboard. He is is a driver who has shown real potential during his time in touring cars and I’m confident that when he gets behind the wheel of our Audi, he will be able to take a step forward and regularly fight inside the top ten.

“He certainly has the talent to make it onto the podium and I think that is a realistic goal for him to aim for. With Bobby as part of our new-look driver pairing for 2020, I think another good season lies ahead.”