BRDC Rising Star Harry King will join one of the most successful teams in the history of the Porsche Carrera Cup GB for the 2020 season after agreeing a deal with Team Parker Racing. 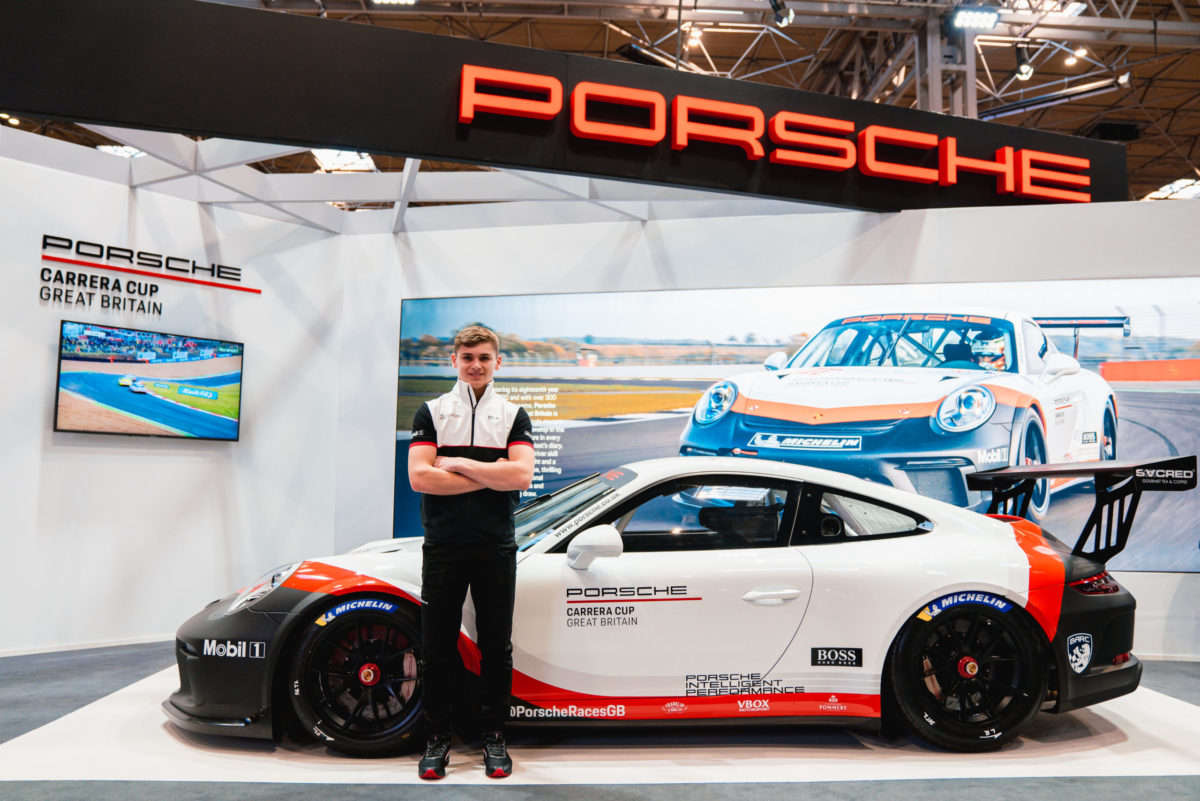 The talented teenager from Holyport near Maidenhead secured the coveted role as Porsche GB’s Junior driver for the 2020-21 seasons back in November after coming out on top of a four-driver shootout at Silverstone.

The 19-year-old was rewarded with one of the biggest prizes in UK motorsport, securing £85,000 towards his budget for each of the next two seasons as well as a specialist training programme at the Porsche Human Performance Centre and technical support from Porsche Motorsport.

Having evaluated the options available to him in recent months, Harry – who stormed to the Ginetta GT4 Supercup title last season – has now put pen-to-paper on a deal to join multiple champions Team Parker Racing for his debut Carrera Cup campaign.

The Leicestershire-based team has enjoyed a long and illustrious history in the fastest one-make series in the UK having carried Barry Horne to the inaugural title back in 2003.

Both Damian Faulkner and Tim Bridgman have also secured the overall title in Team Parker colours, whilst the team has secured multiple championships in both the Pro-Am and Am classes through the years.

Harry’s move into the Porsche Carrera Cup comes with the ongoing support of long-time backers 1BR Cars, Entire Race Engineering and St. James’ Club Antigua as well as new sponsor Octane Finance, with the livery of his Type 991 Porsche Carrera Cup challenger set to be revealed ahead of the season opener at Donington Park in late March.

“I was thoroughly impressed with Team Parker Racing back in November when I took part in my first test in a Porsche 911 GT3 Cup Car in preparation for the Porsche Junior Shootout,” Harry said. “The overall environment in the team was really positive, and I felt comfortable with the people around me right away.

“With Team Parker Racing having extensive knowledge of the 911 Cup Car from 17 seasons of competing successfully in Porsche Carrera Cup GB, it gives me a lot of confidence heading into the 2020 season.

“The experience of the team, and the support from Porsche Motorsport as the Porsche GB Junior driver, gives me a fantastic opportunity to benefit from the exciting two year programme I have in front of me. I can’t wait for the season to get underway.”