Octane Finance can today confirm the exciting news that it will take on a primary sponsorship role with Porsche Junior driver Harry King for the 2020 Porsche Carrera Cup GB season. 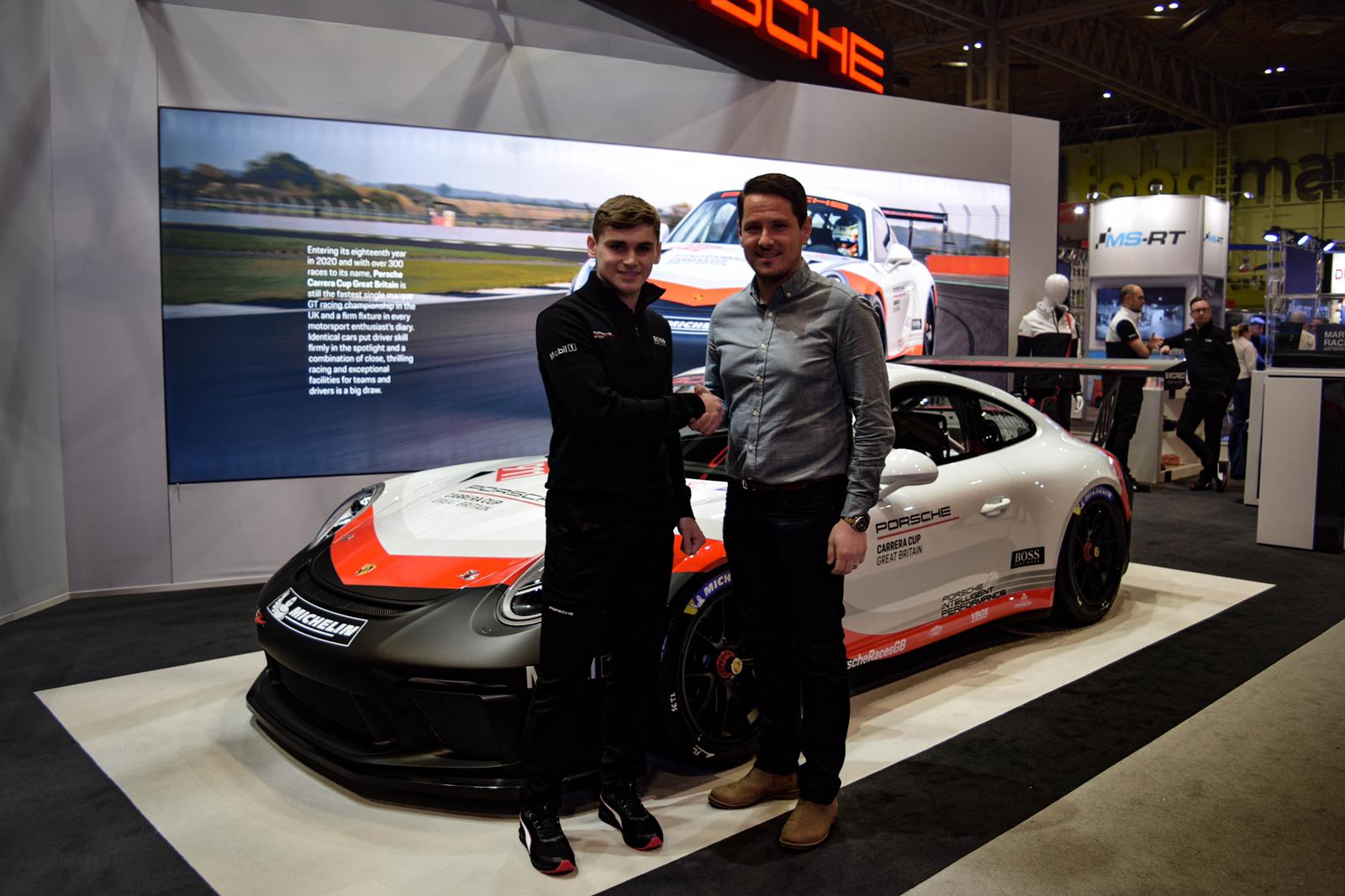 Teenage racer Harry will be making his debut in the fastest one-make series in the UK having secured the coveted role of Junior driver for the next two seasons.

Harry, from Maidenhead in Berkshire, will race for leading outfit Team Parker Racing as he looks to build on an impressive career to date, which has firmly established the 19-year-old as one of the rising stars of the UK motorsport scene.

Following a two-year stint in the highly competitive Ginetta Junior Championship, Harry moved into the Ginetta GT4 Supercup in 2018, securing third in the standings in his debut campaign in the series.

That would be the pre-cursor to a stunning 2019 season, where Harry secured victory eleven times in 23 starts to secure the first championship title of his career.

Having seen off the challenge of more than 40 other racers to become the latest Porsche GB Junior, Harry will now hope to follow in the footsteps of Josh Webster, Charlie Eastwood and Dan Harper – who all went on to secure the championship title having previously held the Junior driver position.

Octane Finance’s deal to support Harry in his debut season will see the new-to-market car finance company increase its involvement in the series; boosting brand exposure and awareness across the motorsport paddock to include a huge reach to audiences both trackside and on TV thanks to the series’ live TV deal with ITV4.

“Having watched Harry’s progress during his time in Ginetta racing, there is no doubt that he is one of the most exiting young talents in British motorsport,” Octane Finance managing director Dan Kirby said. “To win the GT4 Supercup in the manner he did last year was no mean feat, and his talent was underlined when he then secured the Porsche Junior role against some strong rivals.

“We’re absolutely delighted to be supporting Harry as he takes the step into the Carrera Cup GB this season and are confident that he will build on the success he has enjoyed in his career to date. We’re very much looking forward to seeing the Octane Finance car at the sharp end of the grid during the year ahead.”

The Octane Finance-backed Porsche 911 will be revealed ahead of the opening rounds of the 2020 season at Donington Park on the final weekend of March.