Richardson Racing can today confirm the first three drivers that it will field in the highly competitive Michelin Ginetta Junior Championship in 2020. 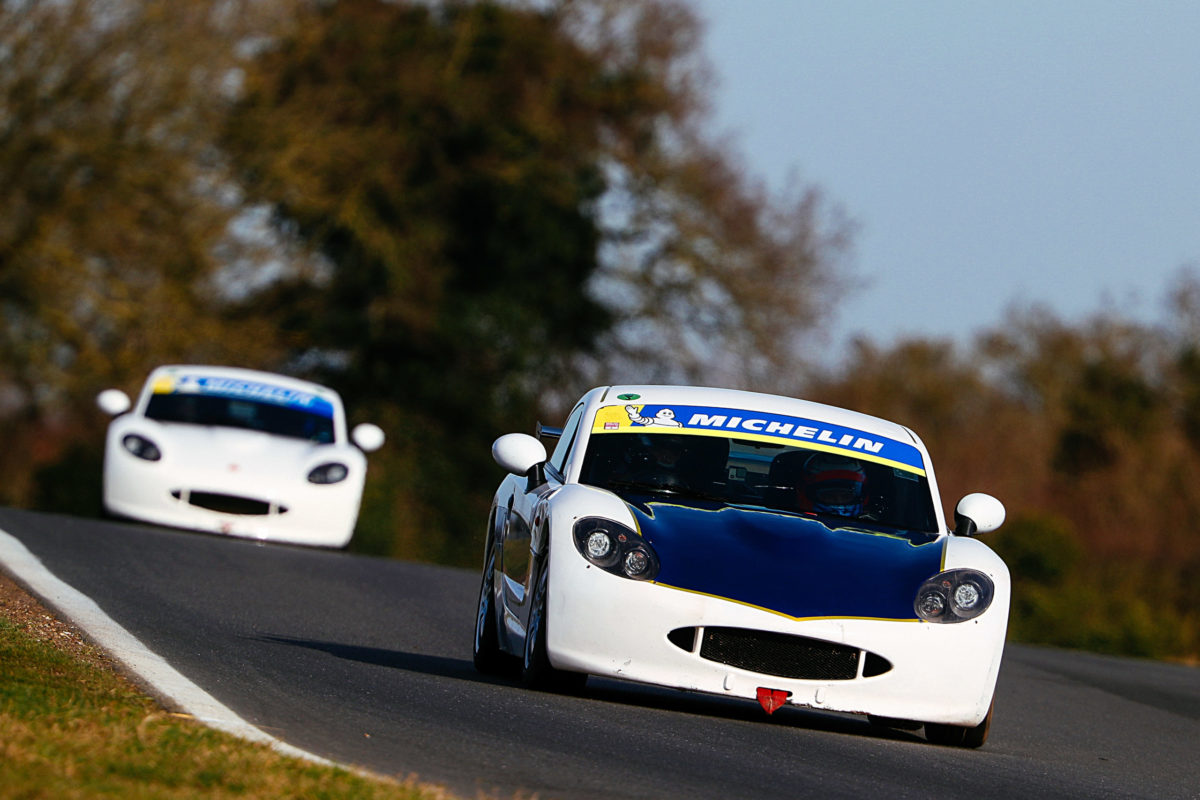 The Corby-based team currently plans to run a four-car programme in the British Touring Car Championship support series as it seeks to build on a stellar 2019 campaign that featured an impressive eleven race wins, and a third place championship finish with Will Martin.

Having tested a number of drivers in recent months, the team has now agreed deals that will see karting graduates Georgi Dimitrov, Rowan Vincent and Trennon Bettany join the grid for their debut seasons in the series, with all three drivers stepping into car racing for the first time.

British/Bulgarian youngster Georgi from Newmarket makes the move into Ginetta Juniors having enjoyed success in British karting in recent seasons, including victory in the X30 Mini class in the 2017 Kartmasters British Grand Prix and a third place finish in the X30 Junior championship last year.

Rowan, who is based a stones throw from the McLaren F1 base in Woking, graduates into car racing for the first time having spent recent seasons competing in the Daytona Inkart and DMAX championships, where he has shown himself to be a regular contender for front-running results.

Meanwhile, South African rising star Trennon – a pupil at Stowe School near Silverstone – joins the grid having competed in a number of national and regional championships in his homeland in the competitive Rok class, whilst he has also represented his country in the Rok International Finals in Italy on three occasions in the past.

Georgi, Rowan and Trennon will make their debuts in the Ginetta Junior Championship when the 2020 season gets underway at Donington Park at the end of March.

Talks with a fourth driver for the upcoming campaign remain ongoing, with a further announcement to be made in due course.

Georgi Dimitrov, said:
“I’m very excited about moving into the Ginetta Junior Championship this season, and to be joining Richardson Racing. The team has shown that is is one of the best in the championship in recent years and I’m looking forward to working with them.

“I have some experience of the car from taking part in the Ginetta Junior Scholarship and I feel that it is a good car to help me to progress as a driver and to improve during the year ahead.

“As it’s my first season in car racing, the main aim has to be to go out there and enjoy myself, as I know there are going to be drivers who have more experience than me on the grid. I want to try and fight inside the top ten, and if i could get up into the top five or get on the podium it would be brilliant. I’m just keen to get out there and compete.”

Rowan Vincent, said:
“Having enjoyed my time in karting, I’m really looking forward to making the step up into the Ginetta series this season, especially with such an accomplished team in Richardson Racing.

“I’m already feeling at home with the team after testing at Donington Park, Snetterton and Brands Hatch, and now I just can’t wait for the season to get underway. I’d like to thank my family, and especially my grandad, for all their support and I hope I can pick up some good results on track for them during the year ahead.”

Trennon Bettany, said:
“I’m really excited to be joining the Ginetta Junior grid and am looking forward to making the step up from karting into proper cars. I’ve watched the series in the past and I hope that joining the grid can help me move in the right direction with my racing career, as people like Lando Norris and Jamie Chadwick have done.

“Richardson Racing as a team showed last year that they can provide a good car and have picked up some really strong results in Ginetta Juniors in recent years, so hopefully they can help me achieve my goals this year. Being from South Africa, learning the tracks will be a challenge and I’m going to be on a massive learning curve, but I’m going to push hard to do my best and hopefully I can challenge for some podiums during the season.”

Gwyn Richardson, team principal, said:
“We’ve enjoyed a lot of success in the Ginetta Junior Championship in recent seasons and that is something we can are keen to maintain in 2020. The three drivers we have brought onboard already have all shown a lot of talent in karting and we’re confident that Georgi, Rowan and Trennon can make an impression on track during the year ahead, despite it being their first season in car racing.

“We’re still in discussions with drivers about the final seat for the Juniors and are getting close to a deal. It’s all looking good for another strong season on track, and we can’t wait to get started at Donington Park.”