Trade Price Cars Racing can today confirm that GKR Scaffolding will take up the role of title sponsor for its assault on the 2020 Kwik Fit British Touring Car Championship season. 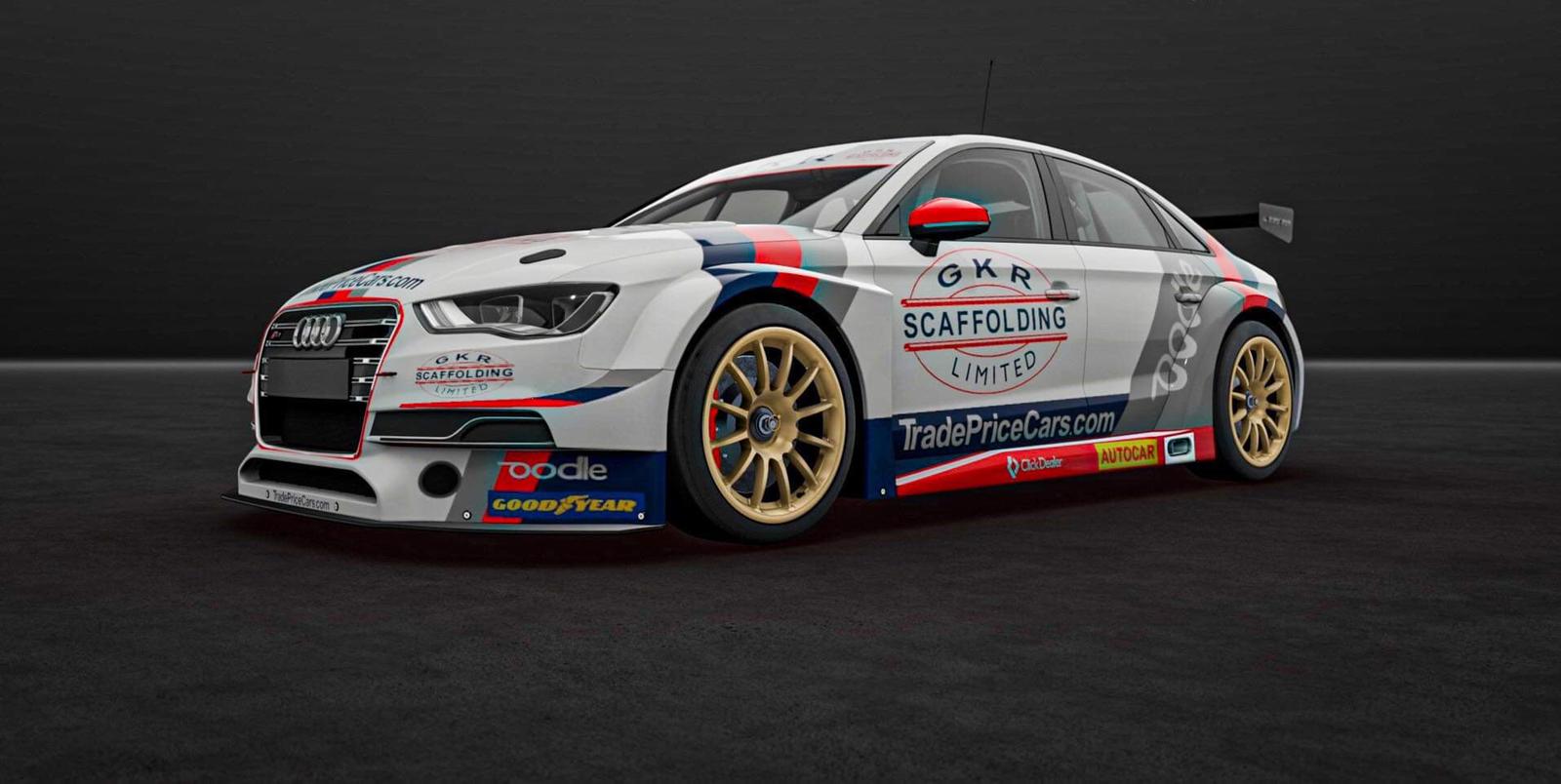 The new partnership will see the award-winning, Essex-based motor dealership competing under the ‘GKR TradePriceCars.com’ banner as it looks to build on an impressive debut season in the season last year

The team, which secured a maiden race win at Knockhill, will once again field a pair of Audi S3s in the series with a new-look driver line-up seeking to challenge for title glory in the highly-competitive Independents class.

As part of the new partnership between GKR Scaffolding and Trade Price Cars Racing, the two Audi S3s being driven by Bobby Thompson and series debutant James Gornall will carry extensive GKR backing as part of a striking new livery that will make its public debut during the BTCC season launch at Silverstone tomorrow (Tuesday).

GKR is an award-winning scaffolding and access specialist that has worked on some of the most famous construction projects around London and the South East of England, including Battersea Power Station, the Shard and the new Tottenham Hotspur Stadium.

No strangers to the motorsport scene, GKR has been a major backer of new Trade Price Cars Racing driver Bobby for a number of years, with the partnership between the two starting back in 2017 when the now 23-year-old was competing in the Volkswagen Racing Cup.

With GKR support, Bobby secured the 2017 title in style before making the move into the BTCC, where he has continued to represent the brand on track for the past two years; helping GKR to not only improve brand awareness, but also to embrace the B2B and marketing opportunities afforded by an involvement in Britain’s premier racing series.

As well as the new naming rights deal with GKR and the recently announced partnership with sim specialists FPZERO, the team can also today confirm that Oodle Car Finance will remain onboard as a primary sponsor for the 2020 season.

The GKR TradePriceCars.com team will hope to kick-start its championship campaign in style at Donington Park when the new season gets underway.

Dan Kirby, Trade Price Cars Racing team owner, said:
“We’re delighted to welcome GKR Scaffolding onboard as a title sponsor for the year ahead. They have been a fantastic supporter of Bobby for a number of years and share the same values that we do of working hard and pushing continuously to improve, which makes this the perfect partnership going into the 2020 season.

“We’re hugely proud of the fact that they have elected to increase their involvement in the BTCC to become the primary sponsor across both Audis for the 2020 season and are confident that with GKR’s support, we can push towards our goal of challenging for silverware in the Independents’ championship.”

Neil Rowswell, GKR Scaffolding managing director, said:
“We’ve been involved with Bobby for a number of years, and have also worked alongside Dan and Trade Price Cars Racing in the past, so it’s great for us all to be joining together for 2020.

“The BTCC has been a fantastic place for us to promote the GKR brand for the past two years and this new deal allows us to continue doing that once again this season with a team that showed great professionalism in its debut season. To have two cars on the grid carrying the GKR livery is something we are very excited about, and we’re looking forward to making the most of this new partnership both on and off the track.

“For Bobby, this year provides a fantastic opportunity for him to progress as a driver and move towards the front of the grid and we’ve confident of a strong year both for Bobby, and for the team as a whole.”